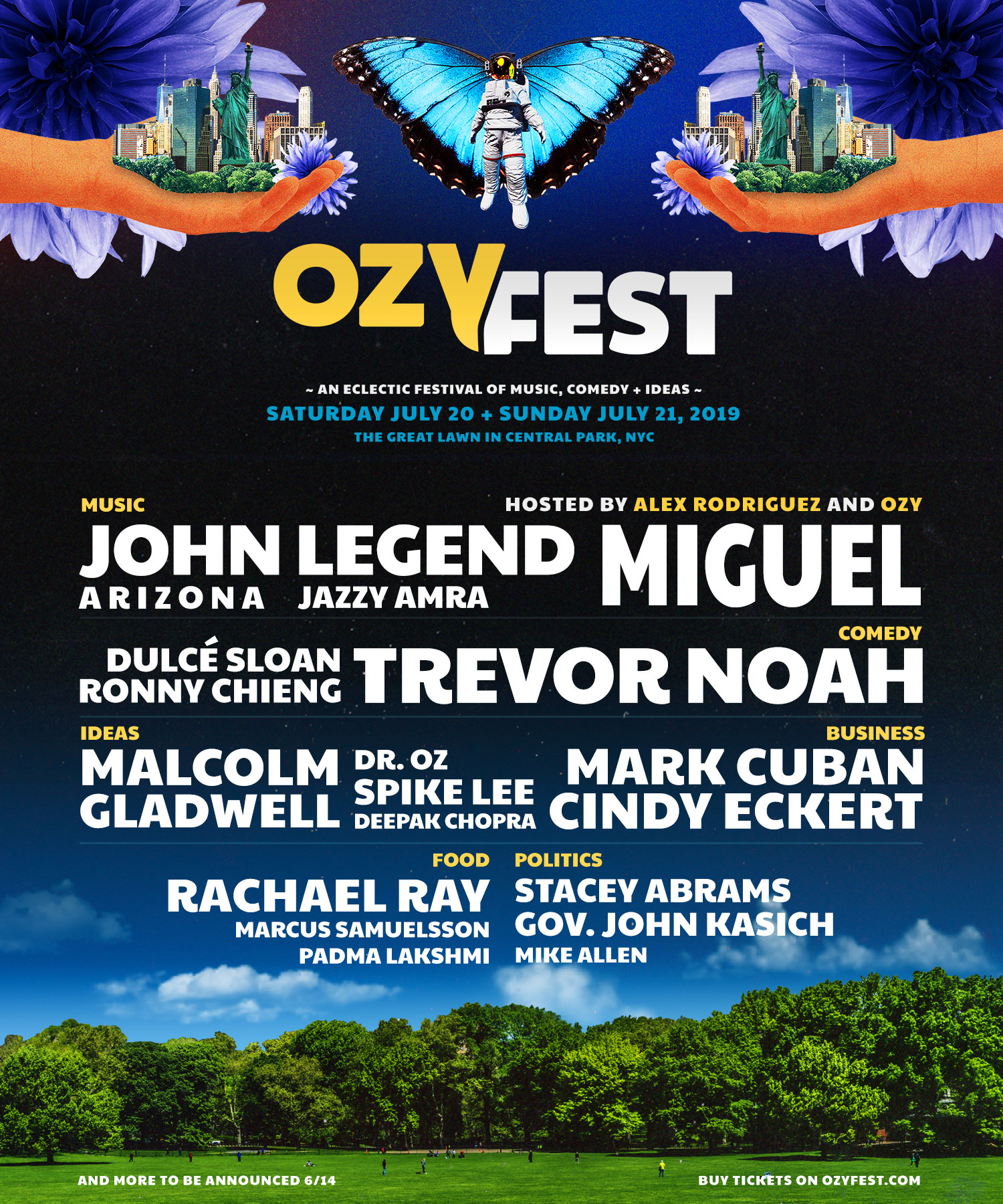 Exciting news from OZY Media, who recently announced that the fourth annual OZY FEST will take place on the iconic Great Lawn in Central Park on Saturday, July 20th, and Sunday, July 21st.

The two-day event has been embraced as “New York City’s answer to SXSW.” OZY Fest 2019 is presented by Ally Financial, iHeart Media, Showtime & Well Being Trust.

An eclectic festival of music, comedy, and ideas, OZY Fest brings together today’s hottest musical artists, comedians, and some of the world’s most esteemed leaders and innovators across politics, business, technology, the arts and more, engaging in conversation, performance and demonstration like never before.

The Festival will be co-hosted by OZY co-founder Carlos Watson and 14-time MLB All-star and Entrepreneur Alex Rodriguez.

Tickets are on sale now at OZY.com/ozyfest