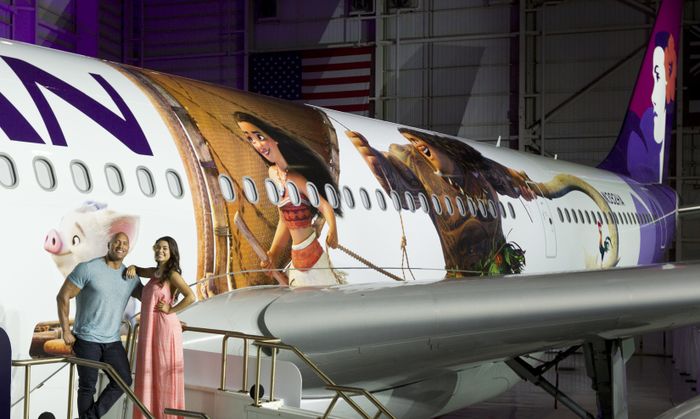 Are you psyched to see the new kids ‘ movie Moana? I know my girls and I are and Disney is amping up the movie with some really fun promotions to kick-off the movie. One such collaboration is between Hawaiian Airlines and The Walt Disney Studios’ with the  “Moana” Airbus A330 aircraft.

Next month, Hawaiian will reveal two additional livery designs. All planes will fly on Hawaiian’s U.S. domestic routes and international destinations through March of 2017. 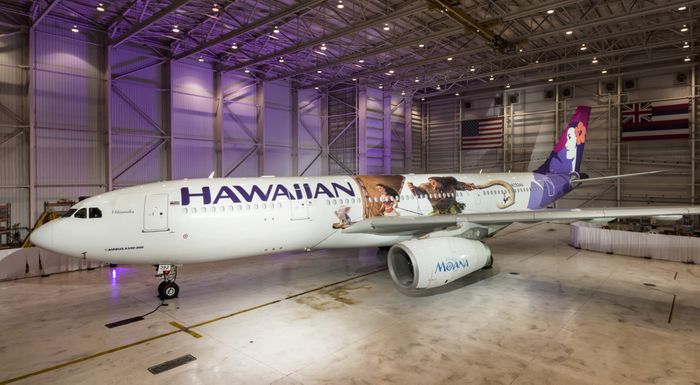 Even cooler is the inaugural decal design on the plane will feature four characters from the movie on Hawaiian’s fuselage as they take off on a wayfinding journey, including the demigod Maui, the adventurous teenager Moana, and her two friends: Heihei the rooster and Pua the pig.

Hawaiian also announced the Hawaiian Airlines Wayfinder Caption Contest which begins today and runs through Oct. 23 for fans in the United States, Australia and New Zealand. To enter, contestants will be asked to select one of three “Moana” illustrations and, in 150 words or less, capture the spirit of voyaging and wayfinding.

Based on the quality and creativity of the caption, the winning entry will receive a Grand Prize trip for two to attend the Los Angeles premiere of “Moana” on Nov. 14. One runner-up will receive a First Place prize of 80,000 HawaiianMiles and a Second Place winner will receive a Hawaiian Airlines and Disney Moana co-branded gift pack.

For more information and to enter, follow #SoaringWithDisneyMoana and visit HawaiianAirlines.com/Moana.