We are so excited to announce the line-up for the 2018 New York International Children’s Film Festival! Celebrating its 21st anniversary, the 2018 Festival presents four weekends of groundbreaking and thought-provoking new films carefully curated for a new generation of filmgoers ages 3 to 18. This includes animated, live action, and documentary features from over a dozen countries. Check out the complete lineup below: 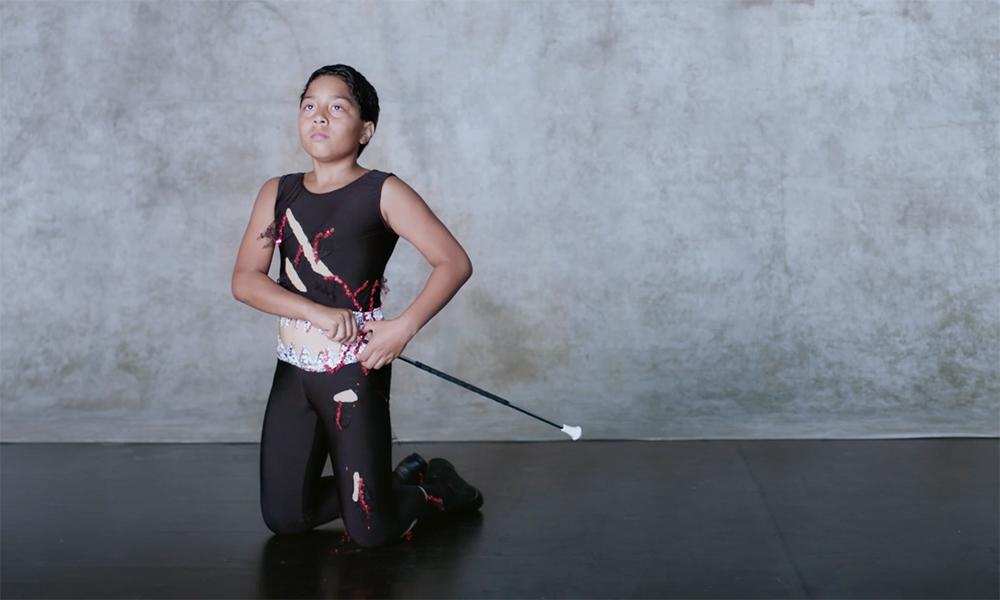 OPENING NIGHT:
LU OVER THE WALL, dir. Masaaki Yuasa (Japan) – 2018, East Coast premiere, Animation, 107 minutes
Anime auteur Masaaki Yuasa’s latest gem boasts a distinctive, off-kilter animation style, eye-popping color palette, and outrageous music. But at its core, Lu Over the Wall is captivating coming of age story. The eponymous Lu is a manic mermaid with a show-stopping voice who helps Kai, a gifted teenager unfulfilled by small-town life, discover his own. Winner of the Grand Prize Cristal Award at Annecy 2017 and screening at NYICFF straight from Sundance, the film evokes charming hints of Miyazaki, but claims a frenetic energy and surreal structure all its own.

CENTERPIECE:
A SERIES OF UNFORTUNATE EVENTS: SEASON 2, THE AUSTERE ACADEMY, dirs. Barry Sonnenfeld and Daniel Handler (USA) – 2018, Special Preview Screening, Live Action, 98 minutes (Parts 1 & 2)
Join us for an exclusive sneak peek as the delightfully dark and witty Lemony Snicket Series goes from book to screen in season two of the Netflix original.The ever-intrepid Baudelaire siblings–Violet, Klaus, and Sunny–are back, still plagued by the evil Count Olaf (Neil Patrick Harris) and his troupe. The challenges mount, but shabby disguises, nefarious schemes, and very big words don’t faze this resourceful trio. They won’t relent until they unlock the secret to their parents’ disappearance and enlighten a few less literate adults along the way. Season 2 launches March 30, only on Netflix.

VIRTUAL REALITY MINI-FEST:
VR JR., Interactive VR Experiences and VR JR. Talk
We’re bringing our high-quality, innovative programming into digital realms, offering a new dedicated Virtual Reality mini-fest for kids and families. A dynamic, interactive experience presented over the course of a full weekend, VR JR. will feature exciting VR projects, special talks, and demos. Just as we’ve made the enjoyment of artful, international films an accessible experience for young audiences, we’re excited to do the same for VR. Explore a new facet of creative production with the latest VR projects that place kids at the helm of their own immersive story world. Projects include the East Coast premiere of the Neil Gaiman picture book adaptation Wolves in the Walls, directed by Pete Billington, and Golden Globe-nominated director Jorge Gutiérrez’s Son of Jaguar, a new Google Spotlight Story placing viewers into the story of a family of Mexican wrestlers.

BELLE AND SEBASTIAN, FRIENDS FOR LIFE, dir. Clovis Cornillac (France) – 2018, North American premiere, Live Action, 91 minutes
A Festival favorite returns with the conclusion of this celebrated French trilogy, capping the adventures of Sebastian and his devoted dog, Belle. In the French Alps circa WWII, Sebastian, happy in his rural village with Belle and her pups, is unsettled when he overhears news of a potential move. Even more disturbing is the stranger who appears, claiming Belle as his own. It will take all of Sebastian’s determination and devotion to those he loves to surmount these challenges in this stunningly filmed series culmination.

THE BIG BAD FOX AND OTHER TALES, dirs. Benjamin Renner & Patrick Imbert (France) – 2017, New York premiere, Animation, 80 minutes
From the director of Oscar-nominated Ernest & Celestine (NYICFF 2013), Big Bad Fox is a three-part tale that will have you howling! A pig takes over a stork’s duties, hopping planes, trains, and automobiles to make a delivery. A fox strives to be seen as big and bad instead of sweet and silly. And a bird is desperate to swap roles from Christmas Duck to Father Christmas in this hilarious trifecta of animated stories about farmyard animals with big dreams.

BIG FISH & BEGONIA, dirs. Xuan Liang & Chun Zhang (China) – 2016, East Coast premiere, Animation, 105 minutes
An astonishing work over a decade in the making and China’s second-highest-grossing locally produced animated feature, Big Fish & Begonia crosses worlds, unleashes the elements, and pushes our understanding of fate itself. Thoughtful Chun comes from an unseen world responsible for Earth’s wellbeing. When she crosses into our planet, she develops a bond with a human boy who sacrifices his life for hers. Big Fish & Begonia draws on fascinating Chinese mythology to show Chun’s epic journey to return the favor.

HILDA, dir. Luke Pearson (USA) – 2018, World premiere, Animation, 44 minutes
Join this exclusive World Premiere of Hilda, adapted from UK author Luke Pearson’s captivating and best-selling series of graphic novels by Mercury Filmworks/Silvergate. Follow the adventures of bright and fearless blue-haired Hilda, her adorable deerfox Twig, and her artist mom as they travel from their home in a vast magical wilderness full of elves and giants to the bustling city of Trolberg. This vividly animated fantasy adventure is inspired by strange Scandinavian folklore and evokes the films of Studio Ghibli.

HORUS, PRINCE OF THE SUN, dir. Isao Takahata (Japan) – 1968, Animation, 82 minutes
NYICFF’s Festival Flashback celebrates the golden anniversary of a mythical tale from famed Studio Ghibli founders Isao Takahata and Hayao Miyazaki—a film some say sparked the birth of anime. In this East-meets-West take on The Sword in the Stone, Japanese Ainu legend is transposed to a Norse setting filled with adventure. Enter our hero Horus, who ventures through snowy land and Ghibli-esque sea journeys to save a village from evil Grunwaald. He meets a new friend, the regal but mysterious Hilda, who may be more complicated than Horus could ever imagine…

LIYANA, dirs. Aaron Kopp & Amanda Kopp (Swaziland/USA/Qatar) – 2017, Documentary/Animation, 77 minutes
Liyana is a thrilling, beautifully-illustrated fictional tale of a young girl on a perilous quest to reunite with her brothers. At the same time, it’s a compelling documentary following the lives of five amazing children from an orphanage in Swaziland. Together with their wonderful storytelling teacher, these bright and captivating youngsters transform their difficult experiences through narrative to collectively craft Liyana’s tale. An ode to the power of storytelling and the strength of the human spirit, Liyana is an uplifting, genre-defying film not to be missed.

MARCH OF THE PENGUINS 2: THE NEXT STEP, dir. Luc Jacquet (France) – 2017, North American premiere, Documentary, 77 minutes
Twelve years after its first big splash, March of the Penguins returns in grand form with its inimitable narrator Morgan Freeman, and NYICFF offers the unique opportunity to see the film gloriously on the big screen prior to its HULU premiere March 23. The emperor penguins’ arduous journey is even more urgent in the face of climate change, and more impressive, featuring awe-inspiring imagery made possible by cutting-edge 4K cinematography and underwater camerawork. Now a new generation of black-and-white heroes steal the show, sometimes fuzzy, sometimes sleek, but ever charming, curious, dignified, skillful, and devoted. Follow parents and children alike as they heed nature’s call to bridge sea, land, and generations to survive.

NEXT DOOR SPY, dir. Karla von Bengtson (Denmark) – 2017, East Coast premiere, Animation, 77 minutes
Girl detective—check! Skater boy—check! You think you’ve got the stock characters down, but snoop around with the witty and wise Next Door Spy and you’ll find that things aren’t quite what they seem. Ten-year-old Agathe-Christine (AC, if you ask her) loves a good mystery. When her family moves to a new town that’s seemingly full of them, AC will need to turn her crackerjack detective skills inward to go beyond first impressions and unlock the key to friendship.

ROOM 213, dir. Emelie Lindblom (Sweden) – 2017, US premiere, Live Action, 81 minutes
Room 213 has been unoccupied for 60 years. That is, until 12-year-old Elvira and her camp roommates Bea and Meja move in. Soon enough, mysterious things begin happening that might be explained by a jealous tween camper… or a good old-fashioned haunting! As the spooks and stakes reach a fever pitch, the girls’ friendship blooms into a formidable force for good.

SING SONG, dir. Mischa Kamp (Netherlands/Suriname) – 2017, North American premiere, Live Action, 96 minutes
Breathing life into the musical genre and shining light on a rarely represented corner of the world, Sing Song is a celebration of finding your roots and voice. When 16-year-old Jasmine is invited to participate in a singing contest in Suriname, she accepts the chance to visit the homeland she’s never seen. But she’s not there just to sing. She’s on a secret search for her family, developing artistic self-discipline and deepening her cultural and self-awareness in this uplifting tale that hits all the right notes.

ZOO, dir. Colin McIvor (Ireland/UK) – 2017, East Coast premiere, Live Action, 96 minutes
Delve into the Irish WWII experience by following a group of determined youngsters who band together for a cause bigger—much bigger—than themselves. When Tom’s father, a veterinarian for the Belfast Zoo, is called away to war, Tom feels it’s his duty to ensure the well-being of the animals, including its newest addition, a baby elephant. But the impending German air raids and short-sighted decisions of the Zoo staff threaten to endanger the animals, and Tom must act quickly in this inspired-by-true-life tale of family, friendship, and empathy.

Tickets go on sale January 17 for members and January 24 for the general public at nyicff.org.