“Music transcends words. It’s the universal language of our spirits and our hearts,” says Stephanie Carlin, founder of the Free Spirits Music program. Designed for kids four and up, their programming allows kids to tap into their creative potential by encouraging them through songwriting. We recently had the chance to chat with Stephanie Carlin, the founder of the Free Spirits Music who shared more about the classes and how the program started.

Interview with Stephanie Carlin of the Free Spirits Music 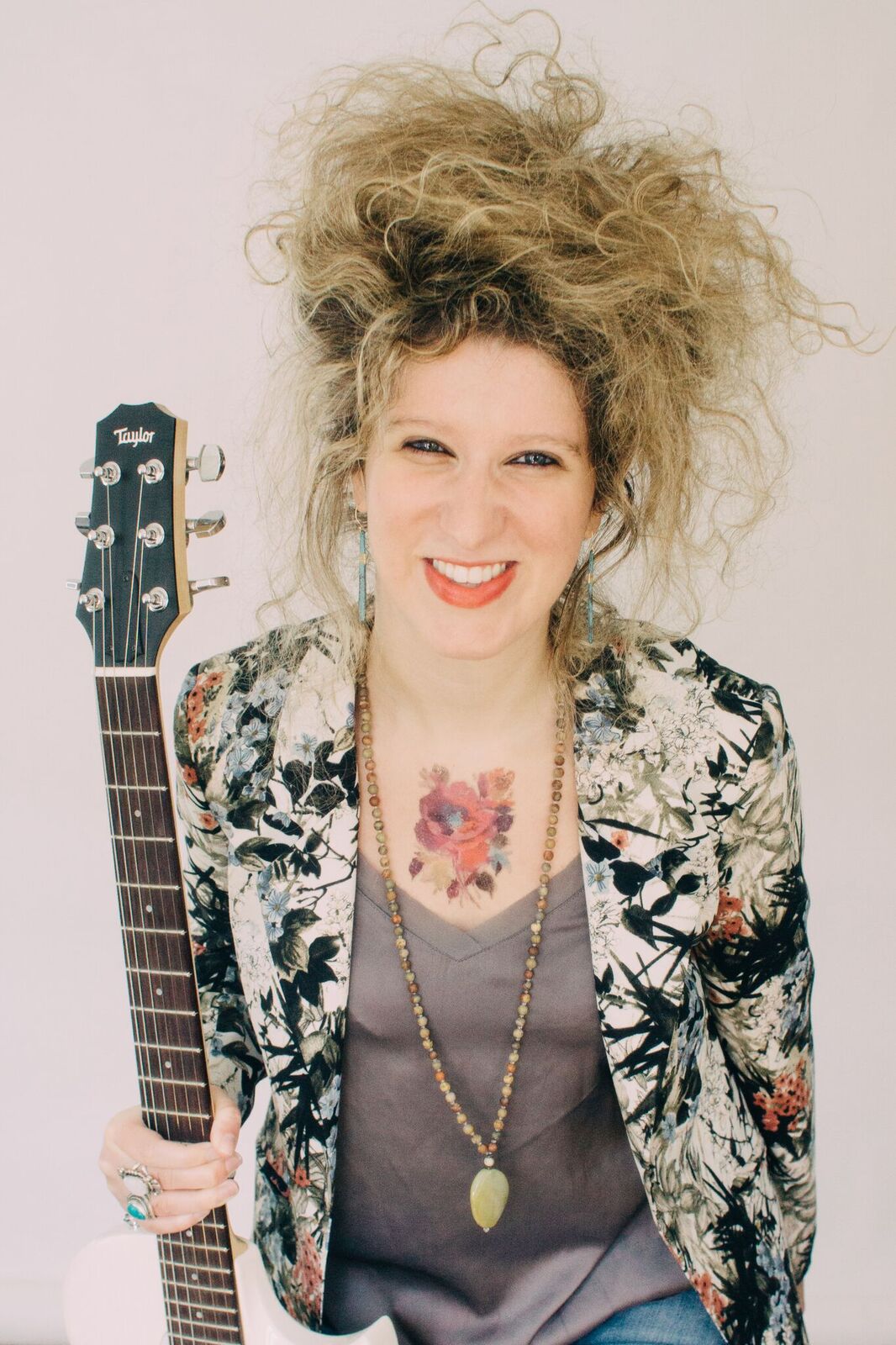 Weekend Jaunts: How did the idea to start Free Spirits Music come about?

Stephanie Carlin: In the beginning of my career, I’d work all sorts of ad-hoc after-school jobs teaching voice and guitar. It was stressful – sometimes I had up to 25 sugared-up, over-tired kids in a church basement, with no supplies, and I was somehow expected to turn them into a band.

I remember one kid holding his guitar, rocking back and forth, saying, “I’m no good at this, I’m no good.” Over and over again, like a mantra. And he’d talk himself into truly believing it. Yet at the same time, when he mustered up the courage to rehearse, he dared to be courageous enough to crack his heart open and share a piece of his soul through his voice. And he was good.

And as I did this for a few years, it was just so obvious to me that there’s so much to learn beyond the notes on the page. There was one critical component missing from every program: how each and every child would view themselves.

I had spent 8 YEARS working for these stressful, bare-bones music programs. But I’ve spent the last SIX years creating my own.

Free Spirits Music is the kind of place where a kid can just learn what it means to be herself. How to advocate for herself – I even have them practice saying “No, Stephanie, I don’t like that!” And just this year, we turned it into a kids record label, fully distributed on Spotify and iTunes so kids could truly experience what it was like to put a piece of completed art into the world and have a lifetime to admire it.

But the real icing on the cake? I had fallen in maternal love with a new 6 year old in my life, the son of the man I was dating, and I couldn’t wait to give him a top-notch, high quality music education. I designed the program thinking, “What would I want to give my own child?” That changed everything. That’s how I made the choice to make our program the highest quality program possible. Love does beautiful things. He’s 12 now, and music is still our favorite way to connect.

Weekend Jaunts: Tell us more about your classes? How are they different from what’s out there?

We start every songwriting session with our eyes closed, asking the question: “If I were singing this song to 1000 people, what message would I want to send to them?”

Every child leaves class believing in herself more than the week before. Knowing in her bones that her voice matters. Not just as a flowery Instagram quote. This is the heart of being an artist. I mean, don’t you wish you had someone telling you this when YOU were 5?

And I’ll be honest. There were a few times when I’ve thought about giving up on a kid. For example… last year, I was desperate. I was at the end of my rope with one particular child. All my tricks weren’t working. Week after week, I’d think, “I can’t make a difference for him. Nope. He’s in too much pain. I can’t help.” It was devastating for me because I knew I was failing at our mission: around us, EVERY child gets to experience themselves as a powerful artist.

And after getting some coaching from my mentor, I made the choice to never give up on any child. And that a critical part of our programs would be chanting affirmations. After 3 weeks of this boy chanting, “People listen to me,” his entire mood shifted in class. It was so clear: he wanted to feel seen. Affirmations have become our magic tool. A belief is just a thought you keep thinking. And we change our beliefs by speaking new ones through language. 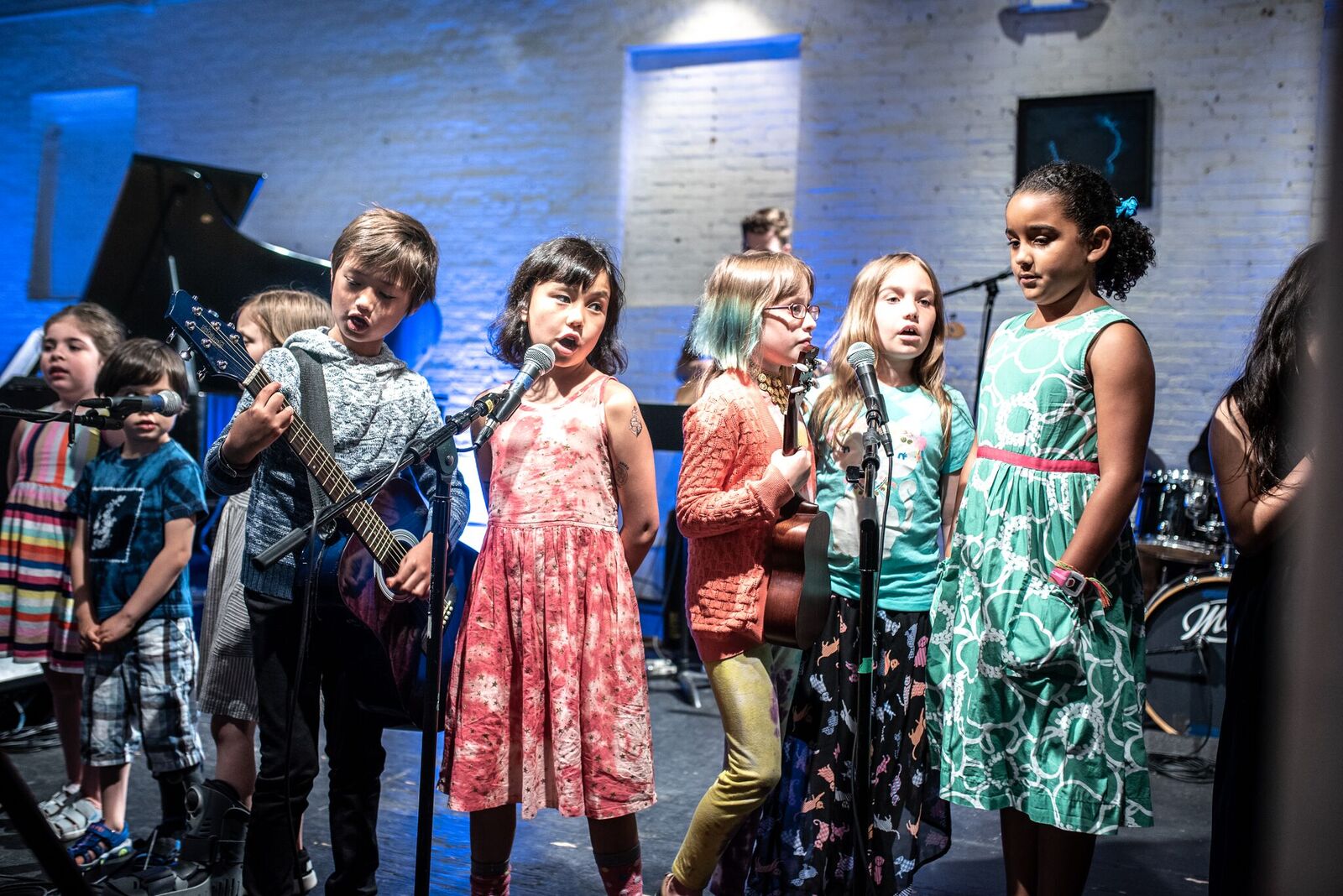 Weekend Jaunts: Why is music education important for kids?

Stephanie Carlin: Music transcends words. It’s the universal language of our spirits and our hearts. If you’re having trouble processing or communicating emotions, you turn to music. What kind of society would we be without it? Yet more and more, music education is suffering from budget cuts and there’s a direct impact to our kid’s emotions.

Weekend Jaunts: What changes have you seen in the children who have taken your program?

Stephanie Carlin:  5Fiveter he was proudly belting his original song “Bananas” (it was about – you guessed it – bananas, and where/when/how you should eat them).

9-year old Willow could barely open her mouth on her first day of class — she was terrified of saying the wrong thing. One year later, she belted her original song called “Be Yourself.”

4-year old Pepper burst into tears at her first concert, wailing she was too scared. But by the second show, she was grinning ear to ear with her original song “Ghostie Has Fun.”

Weekend Jaunts: What’s next for the program/school?

Stephanie Carlin: We’ll be launching a teacher training in the next 12 months with an emphasis on supporting female artists who are out to make a good living as teachers. We plan to expand nationally with 3 new hubs, and have 25% of our students be foster children on full scholarships. 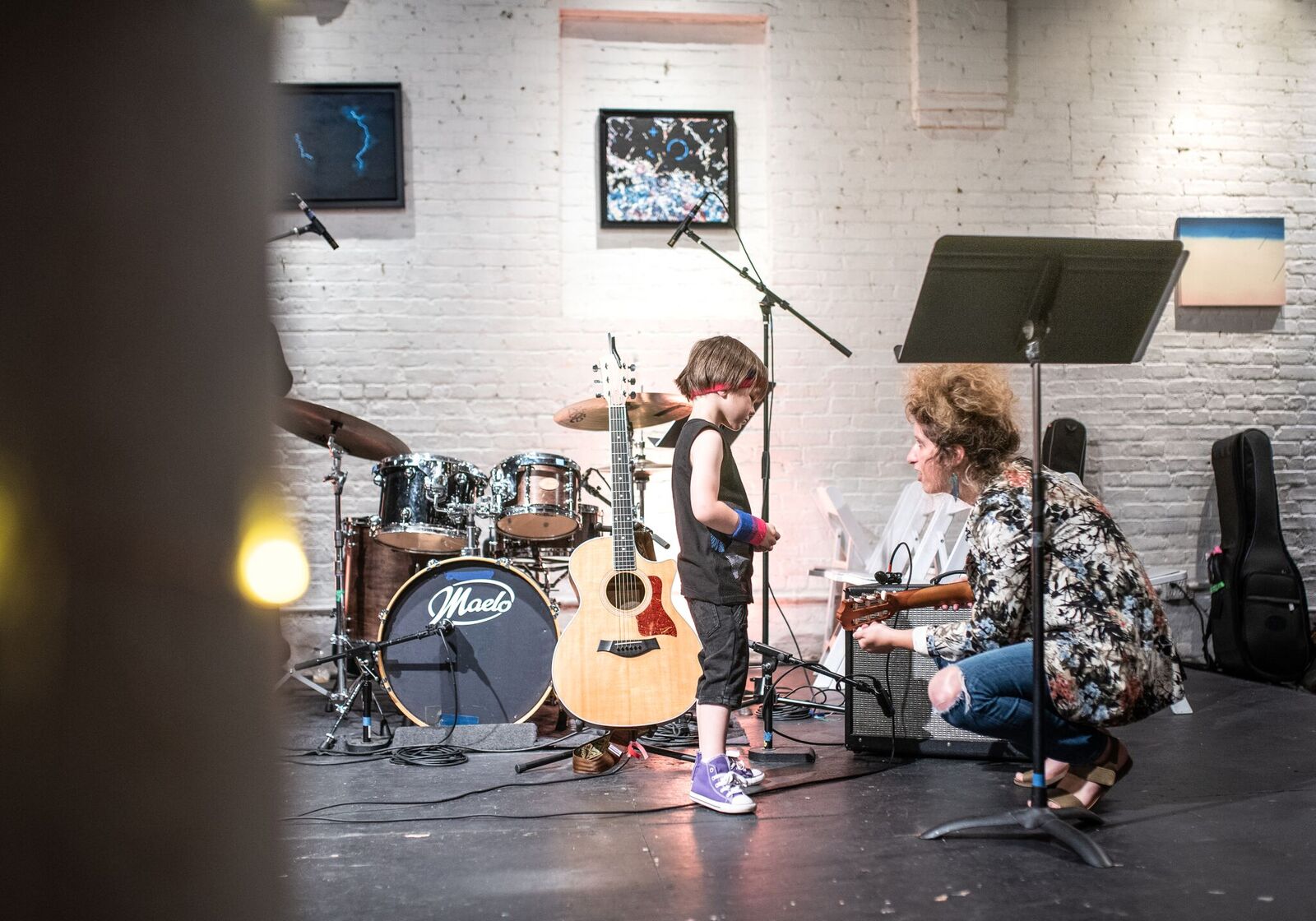