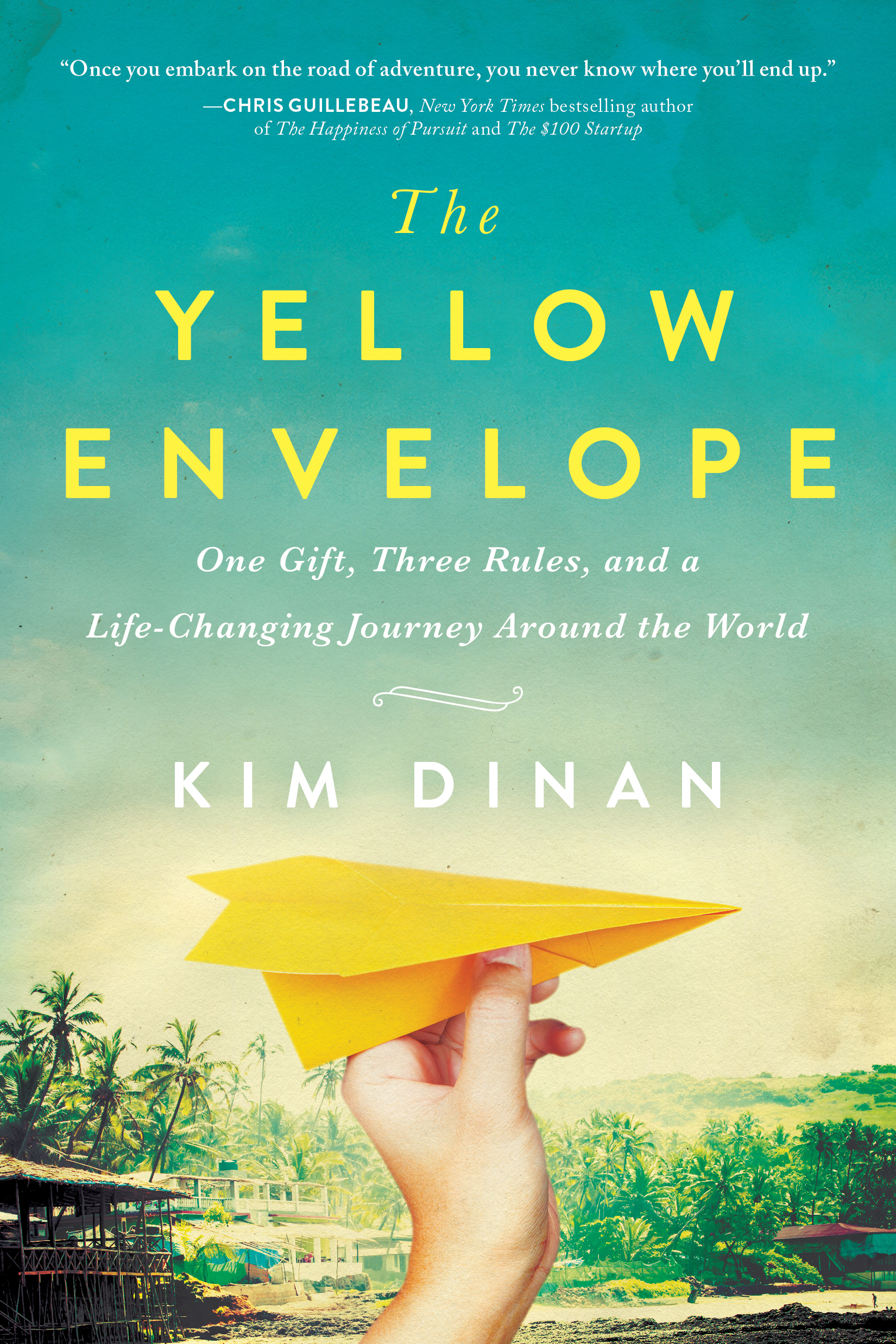 The dream life, for many, would be to make traveling so much a part of your life that it becomes a job. Kim Dinan, travel blogger and founder of So Many Places, did just that when she and her husband decided to quit their jobs to travel around the world! While you can read about her incredible travel stories on her blog, we are also excited to share the news of the release of her new book, The Yellow Envelope: One Gift, Three Rules, and A Life-Changing Journey Around the World, where you can learn about and be inspired by her story. The book tells the story of how Kim and her husband are given a yellow envelope containing a check and instructions to give the money away. The only three rules for the envelope: Don’t overthink it; share your experiences; don’t feel pressured to give it all away. Through Ecuador, Peru, Nepal, and beyond, Kim and Brian face obstacles, including major challenges to their relationship. As she distributes the gift to people she encounters along the way she learns that money does not have a thing to do with the capacity to give, but that giving—of ourselves—is transformational. Sounds amazing, right?! Read on to learn more about Kim, her awesome adventures, the blog and the new book in our exclusive interview.

Interview with Kim Dinan of The Yellow Envelope 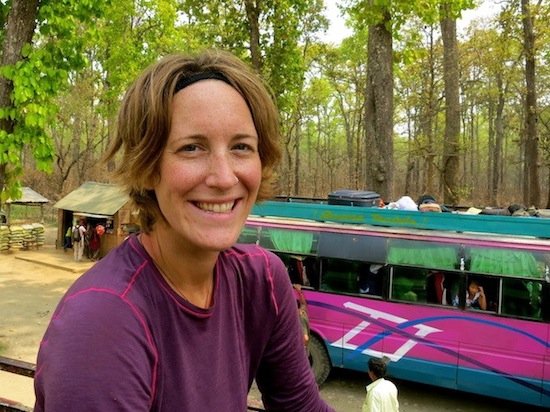 The Weekend Jaunts: How did the idea of your blog come about?

Kim Dinan: When I decided that I wanted to quit my job, sell everything and take an open-ended trip around the world, I was terrified. But one of the first things I did was Google “around-the-world trip” and to my surprise I found blogs about other people that were living the life that I wanted to live. It was possible! Those blogs were like oxygen to me in the early days while I figured out how I could make traveling a reality in my own life. One reason I started the blog was to encourage and inspire others like me—who had big dreams but were scared.

Kim Dinan: Aside from traveling I had this deep desire to write. I launched the blog so that I would have a place to hone my voice and practice my writing, and I began by blogging about my decision to uproot my life and take a big trip—to chase a dream that I’d carried around with me for a very long time. I found that the blog made me braver than I would have been otherwise. I’d write about my fears and then readers would respond with encouragement or even just to tell me that they had the same fears too. The blog kept me moving forward and working toward my goal of traveling and writing. I’m not sure I would have ever made the leap without it.

The Weekend Jaunts: What are some things that you have learned from your travels?

I learned a lot about myself—about who I am when all of the things I used to define myself were stripped away (my possessions, my job, etc.). I learned a lot about what I wanted out of life. But I think the biggest thing of all was that I truly realized that there is not one right way to live. By meeting people around the world I got to see that there are so many possible paths to take and that I didn’t have to take a “traditional” path if I didn’t want to. That realization was very freeing and it’s a lesson I carry with me to this day.

The Weekend Jaunts: How do you combine travel with your writing? How do you find the time?

Kim Dinan: Well, it was actually quite easy to write while I was traveling because I had endless amounts of time to do it. Because I had no place I really needed to be, I could decide to stay in my room and write all day if I wanted to. Planes and trains and buses were great places to write, though mostly I stared out the window and let thoughts and ideas marinate.

It’s much harder for me to find the time to write creatively now. I am a freelance writer, so I do that to pay the bills, but I don’t have much time or energy leftover right now to dedicate to creative projects. Plus I have a one-year-old at home and every mother knows it’s hard to get things done with a toddler around! But I know the time will come again when I will have more freedom to commit to my creative projects.

The Weekend Jaunts:  How did the idea for the yellow envelope come about? How did you come up with the concept of the three rules in the book?

Kim Dinan: Right on the brink of leaving on our journey we had dinner with our friends Michele and Glenn. As our meal was wrapping up Michele leaned across the table and handed me a yellow envelope. Inside the envelope was a check for $1000 and instructions to give the money away as we traveled. There were only 3 rules: Don’t overthink it, share our experiences if we want to and don’t feel pressured to give it all away. I was stunned. Michele and Glenn were asking us to be a conduit for their kindness. That’s how the yellow envelope was born—and in the book I tell the story of the people and animals we met and gave the money to on our journey.

The Weekend Jaunts:  What do you hope readers will take away from your book, blog, lifestyle?

Kim Dinan: More than anything I hope that readers will walk away with some inspiration to pursue the things in their lives that they really dream of doing. I think once or twice in our lifetimes we are dogged by a deep-down feeling of something we just need to do and that it’s our duty to respect that feeling and let it win, even if it seems irrational or scary. I also hope that readers will walk away feeling inspired to spread a little kindness to the people in their lives. There are so many opportunities for us to do kind things—but we continuously miss those opportunities because we’re on cruise control. I hope this book helps people stop and look up for just a minute and help other people where they can.

-Kim Dinan is the author of The Yellow Envelope: One Gift, Three Rules, and A Life-Changing Journey Around the World (Sourcebooks, 2017).