It’s been two weeks since I ran the New York City Marathon. This epic run tested my physical and mental strength as I ran 26.2 miles through New York City. I’ve received a lot of questions about the process and the training so I decided to share them here for anyone who has completing a marathon on their bucket list. 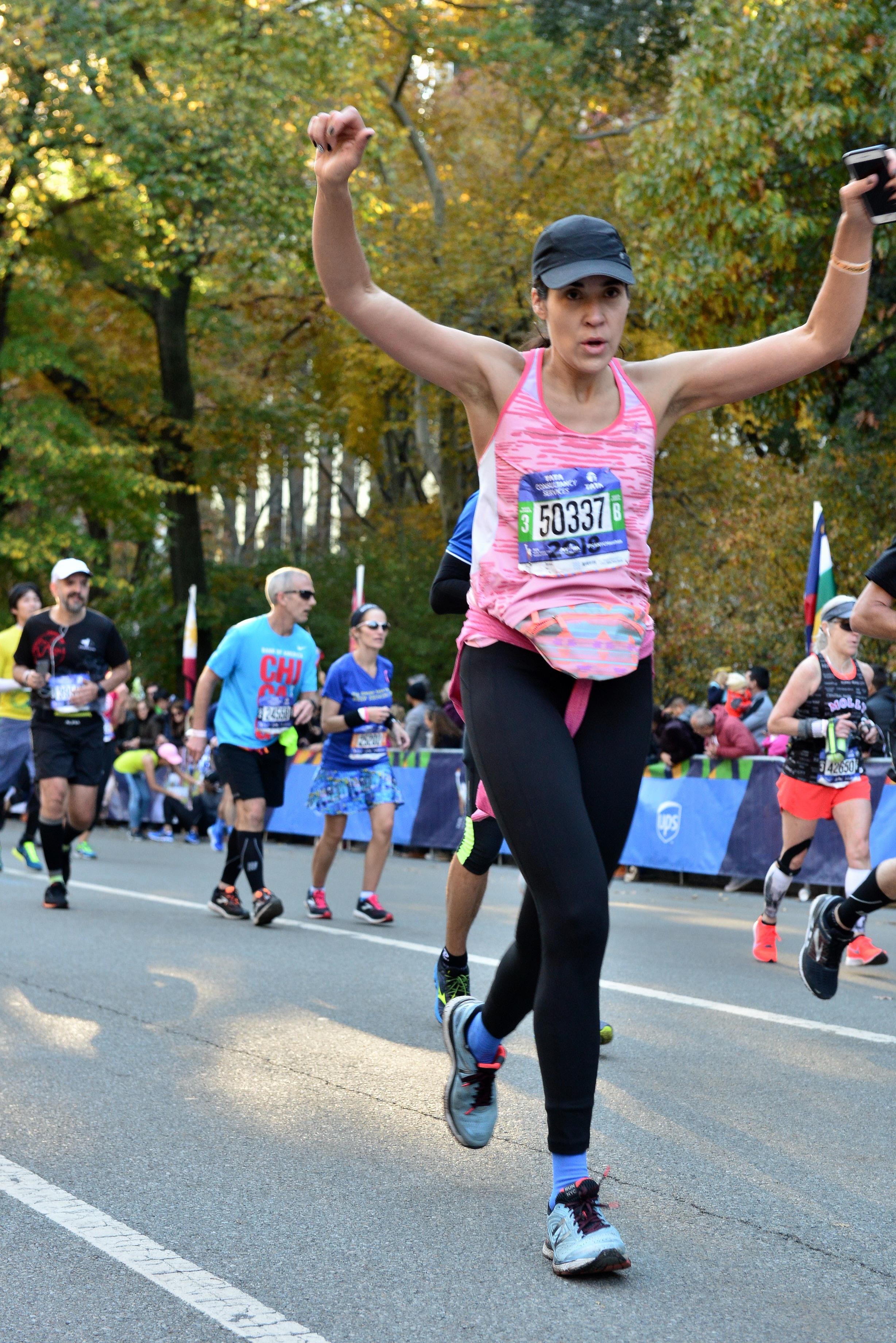 1. When did you start training?

I officially stared training for the New York City Marathon in May when I found out that I got in.

During the week, I wake up by around 5am and run for around five miles. On the weekend I plan longer runs for around 10-15 miles.

3. How do you run with three kids and a full-time job?

Waking up at 5am helps so that I could get my run in before they wake up. When I got back, I showered and got back into hustle mode mama/worker mode.

4. What did you have to sacrifice during your training?

I had to be very regimented and strict about going to bed early (cause 5am) where I didn’t watch any TV or have chill time after the kids went to bed. I pretty much went to sleep when they did.

Sometimes. I tried to keep the miles consistent but there were definitely days when I couldn’t run due to an event the night before or having to leave early for something happening in the morning.

6. What do you use to track your miles?

I use Map My Run.

As I started to progress in my running ability and trying new races, I was ready to try a new challenge.

8. How long have you been a runner?

Around 10 years or so when my daughter was a baby. Running was my “break” from work/kids/family that allowed me to have some time alone and challenge myself.

It’s hard to put it into words. It was extremely challenging, energizing, electric, training, empowering….

10. What was the hardest part of the marathon?

The hardest part was finally getting to 5th Avenue in New York City and almost being done but having so much more to complete. It was also hard because my legs were burning and I wasn’t prepared for how much uphill there was during this part of the race.

11. What was the most miles you ran before the marathon?

15 miles during one of the NYRR training weekends.

I became my own cheerleader/motivational speaker, saying things to myself like Push, push, push, You can do it, you’re almost done. Also, the volunteers were awesome and so were the spectators with their incredible signs and cheers!

Absolutely and you should, too!

16. How long did it take you to run the New York City Marathon?

Four hours and 26 minutes. I was aiming for four hours.

17. What was the best part of the marathon?

Running in my hometown of Bay Ridge and seeing my family at various points of the course. And of course finishing the damn thing!

18. What did you eat after the marathon?

Sushi! The Upper West Side was a giant party after the race and hard to find anywhere to go. It was delicious, though!

20. How long did it take you to recover?

Two days or so.

21. How many days did you recover before you ran again?

Did I leave anything out? Comment below or email me at [email protected] if there’s something else you’d like to know about the marathon that I didn’t answer.