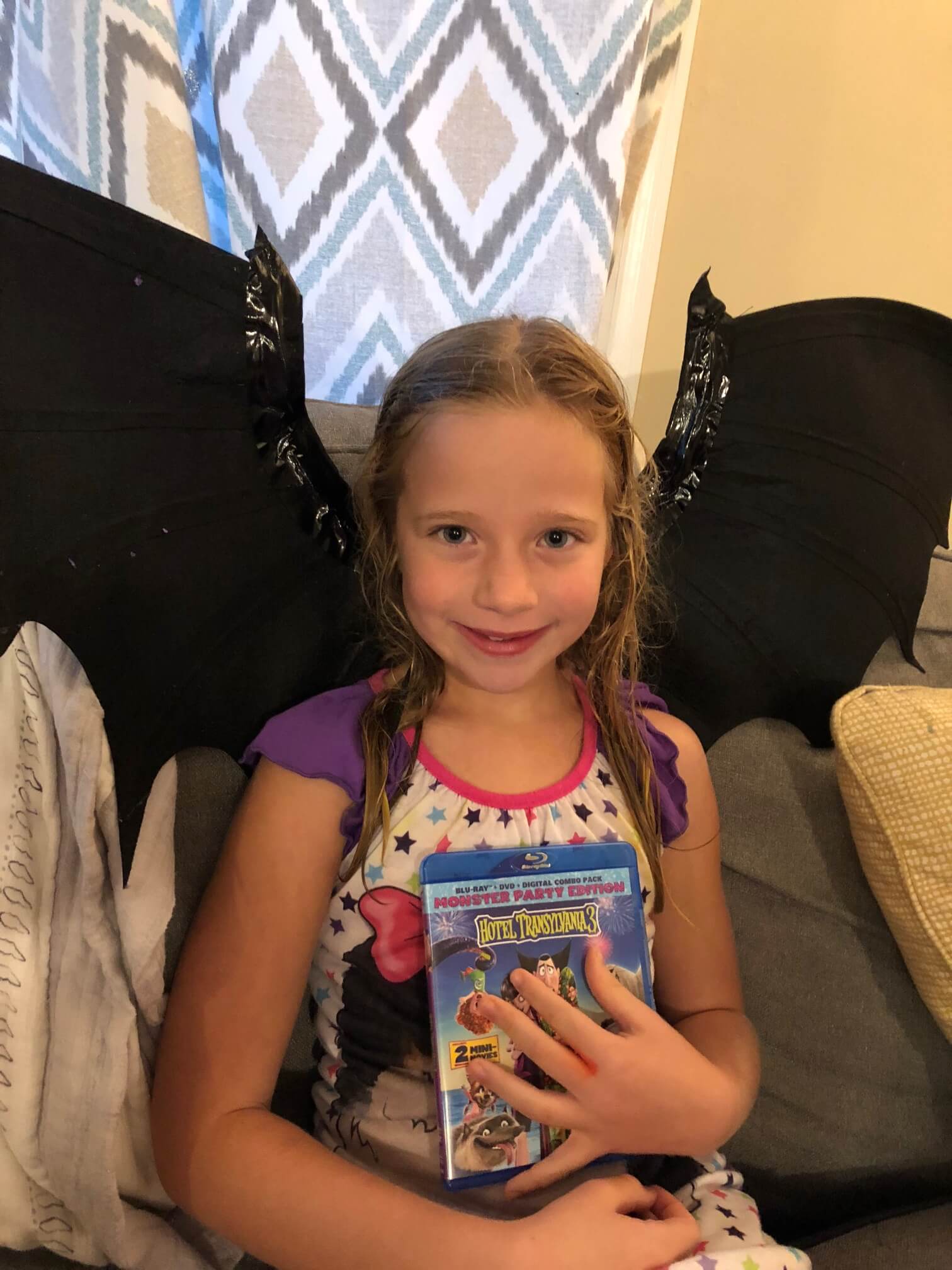 While I love our weekend adventures, there are some times when I just want to chill at home with the girls. After a particularly grueling week, I was thrilled to spend an evening in and relax by watching the newly released Hotel Transylvania 3. Out now on Digital HD and on Blu-ray, the DVD featured tons of surprises, including mini movies, a behind the scenes look at the cast and more! We received a huge bundle of Hotel Transylvania 3 goodies, including the Mavis costume (and makeup) that my middle girl is excited to rock this Halloween. Other favorites include Pumpkin Stencils and carving tools, DIY Murray Lantern Kit, fliers for the sing-alongs and more! 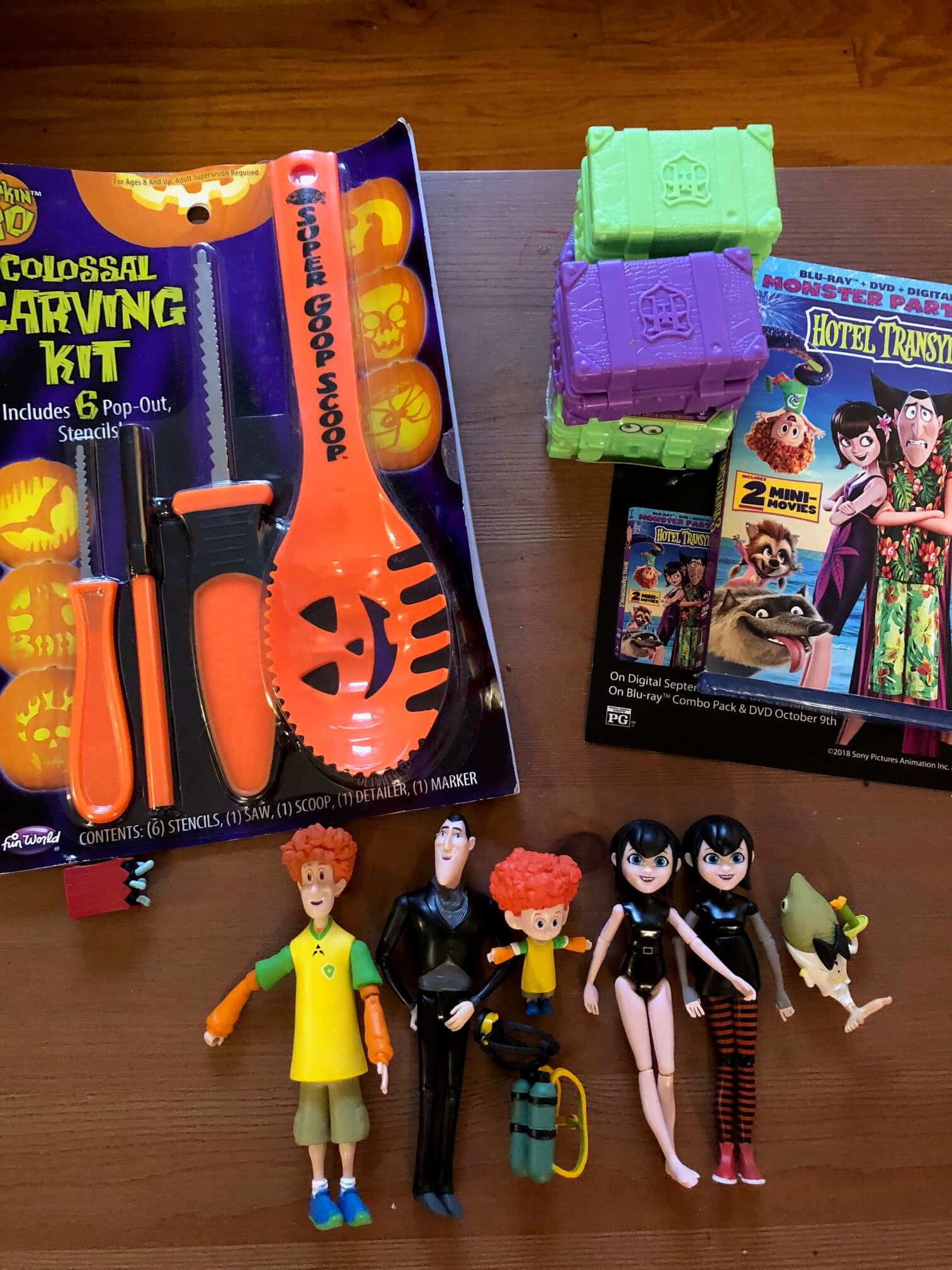 As the third movie in the series, we have come to know and love the characters where this movie follows the Drac Pack as they take a family vacation on a haunted cruise ship. They are having a great time until Drac suddenly falls in love for the ship’s mysterious human captain Ericka. Filled with humor and messaging about love (humans/monsters – what’s the difference, as Drac states throughout the movie) made it a heart-warming and engaging film that everyone loved. 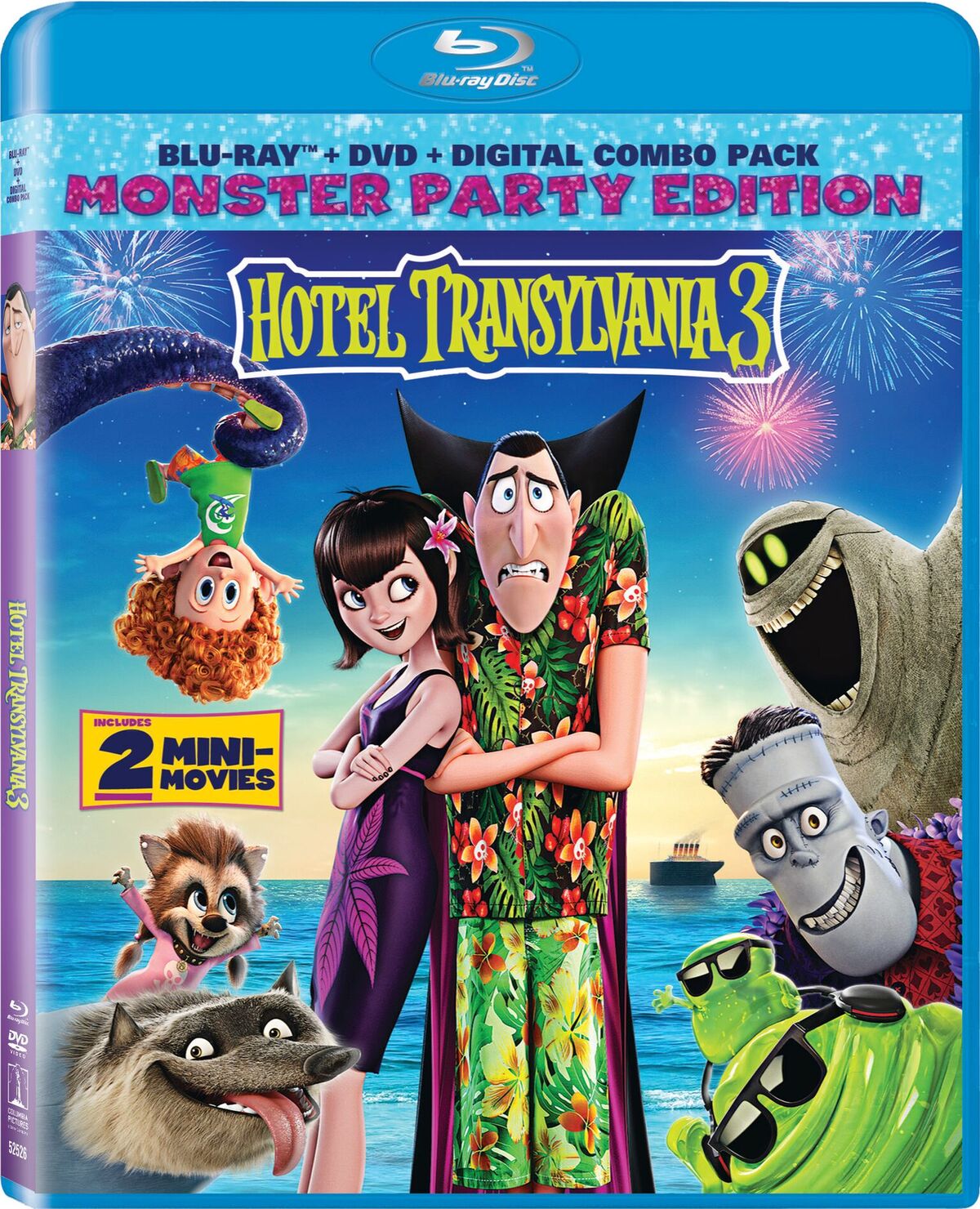 And while the movie was awesome, we also loved the bonus features, which included tons of songs by our favorite characters, such as “All-New Scary-Oke Sing Alongs,” a monster dance party dance along to “I See Love” by Joe Jonas featuring Jonas Blue, “Dennis Had a Giant Dog,” “Monsters Like to Party Down,” “Oh These Wolf Pups,” and a zing-tastic read along with Drac.

Familes will also enjoy the “Plan Your Own Spook-tacular Sleepover” feature, which will give you all details on how to make your own sleepover spook-tacular, including snacks to crafts to games and more. Other favorites include the “Vampire Make Over: Mavis and Drac Tutorial” and a behind-the-scenes look featuring the cast to see how these characters are brought to life in the recording booth, two mini movies and tons more!

Check out the videos below to get ready for the movie and Halloween this season:

I was not paid for this post. I was provided Hotel Transylvania 3 products for the purposes of this review. All opinions, as always, are my own.