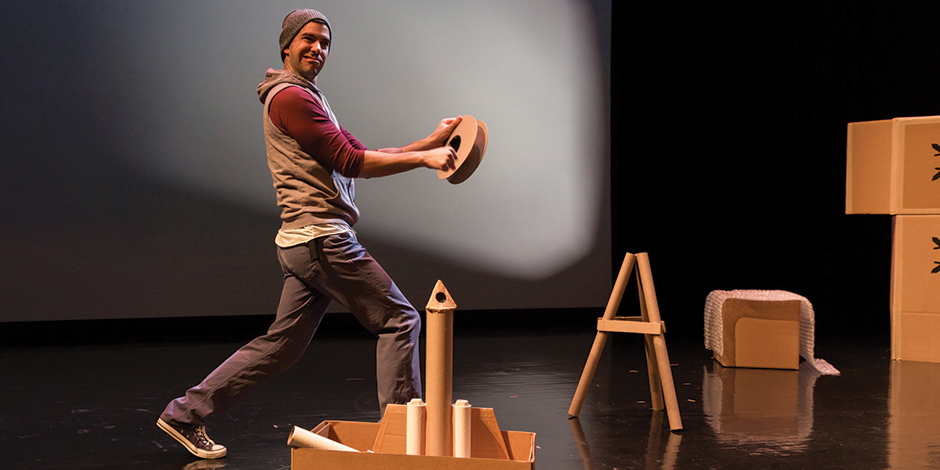 Have you ever wondered what happens to your shadow while you sleep? Well, it turns out that some shadows are more mischievous than others — soon after moving to his new home, Flash discovers that his shadow has moving plans of his own! Follow the playful adventures of Flash and his quest to reunite with his shadow in this multimedia performance for the youngest of audiences (ages 2-5) — and the young at heart.

The day will include pre- and post-show activities for the kids; free with your ticket!
Before the show, join us for a craft; after the show, stay and play in our shadow theater.

Based in New York City, Trusty Sidekick Theater Company creates bold, original productions for young people and their families. Rooted firmly in the belief that kids deserve theatre that ignites their imaginations and makes them think about the world in a new way, the company creates work that is multidisciplinary, and its ensemble of collaborators includes artists trained in physical theatre, puppetry, music, dance, animation, and video projection.